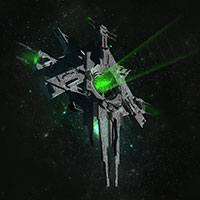 The gates of Babylon had opened, and the world had received a powerful space ship. The civilization of Babylon has the same roots as humans, but they had separated many centuries ago and their warships headed to the unknown areas of the universe to conquer it. It's unknown if they still exist or didn’t find the planets appropriate for life and died a long time ago. Jouanns are big and rarely appear in the Universe. If your fleet encounters one of these ships, you can assume that you don’t have your fleet anymore. You can increase the speed with the help of officer Pirate. After hiring of Pirate level 6, the basic speed increases. After studying of Hyperspace Drive, level 10, the basic fuel consumption decreases.
Abilities: