Cancel Exhaustion for X2 to Storekeeper

Dear Senators,let me introduce you to Ivan.

Vanya lives in Omsk. The housing stock of his city is more than 80% worn out, his city looks like shit, but this does not prevent Vanya from fapping to Sauron and getting excited by the last letter of the Latin alphabet, receiving only 300 bucks a month.

Vanya blames Obama for all his troubles and probably Vasya from Xcraft, although spends a lot of time on the project. Since Vanya is almost a bum, he prefers to get his gaming advantage over others by violating the rules of the project by creating several accounts for himself. He fiercely hates the bourgeoisie who are thrown into their favorite mowing project because Vanya himself spends all the money on utilities, beer and palm oil from Pyaterochka.

To fightbums farms, the project administration decided to dramatically increase the attrition in May 2022, but we also want to make sure that normal people don't have to worry about it.

We propose to introducezero, equal to 0 if the project participant did not spare us a little money to maintain the servers by orderX2 for the Storekeeper.

And the homeless Vanya will dump himself.

I also propose to show these old farts from the Navy that the Senate and. Emperors can successfully work together for the benefit of the sector.

Dear Vanya, do not be offended. I was kidding. You and people like you are not a laughing stock for the whole world. You are a great nation that does not blackmail the world with nuclear weapons and is not a raw materials appendage of the European Union.

Just sit in your Omsk. Ukraine can pick up on which all do not care. The main thing to remember is that if some Vova destroys California, you will not be able to play DotA and take a mortgage on an apple tree for your pacifier. 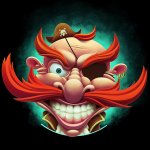