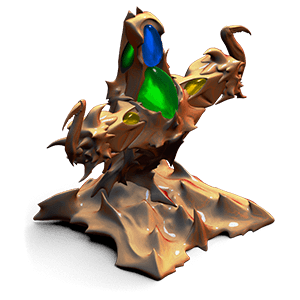 4 000 0002 000 00040 000 CRP 1.85
It is a monster that mutates directly from the Insectoid Entity without loss in size can fly not only between coordinates in the galaxy but also within local coordinates with a maximum speed equal to the monster’s level in km/s. When the owner of the dunkleosteus receives the status "Outlaw", the flight in local coordinates stops, and the rest time from moving in local coordinates begins again. After completion of the entity flight, moving in local coordinates is not possible within 1/10 of the resting time of the Insectoid Entity. It is the threat of space stations and other small satellites due to the large potential of murderous collisions.
The first level of construction can not be destroyed or eaten by Lexx.
Allows you to view the structure of any object in the galaxy within a radius of * 1000 ckm.
Each level of dunkleosteus increases structure of the satellite by 1%.

When you transform an insectoid entity into a dunkleosteus, the base density of the object is reduced by 10 times.